Rock legends Led Zeppelin formed in London in 1968. The heavy rock style of their highly popular albums, such as Led Zeppelin, Houses of the Holy, and their untitled 4th album, went on to influence many later bands and artists across genres. Stairway to Heaven became the band’s most iconic song and was written by singer Robert Plant and guitarist Jimmy Page. Amongst many other awards and accolades, Led Zeppelin were inducted into the Rock and Roll Hall of Fame in 1995, a Grammy Lifetime Achievement Award in 2005. 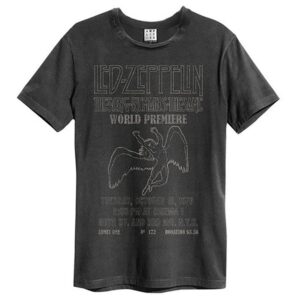