The Cure are an English rock band formed in Crawley in 1976. They started as schoolmates getting together to write and demo songs in 1976. Their debut album ‘Three Imaginary Boys’ was released in the late 1970s and it placed them as being a main part of the post punk revolution in the UK. Throughout their music career they have won 2 brit awards and a NME award. They recently toured Europe on their The Cure Tour where they played 34 shows in 17 European countries. 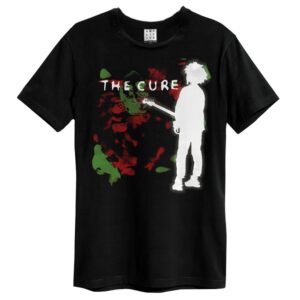 You're viewing: Amplified Unisex The Cure T-Shirt $21.32
Select options
Someone in purchased
Add to wishlist